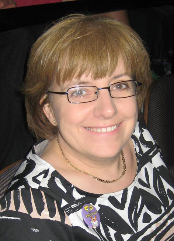 The Edward Wyman Agency is run by Judith Gay.

In 1985 Judith graduated with a BA (Hons) in Performing Arts. She was a founder member of  the children’s entertainment duo, Jest The Best. After gaining Equity membership she went on to work in community theatre at The Operating Theatre Company and The Open Door Theatre in Cardiff.

She joined the Edward Wyman Agency as an actress / walk-on in 1991. In 1994 she began working as a booker alongside Edward, taking over the agency in 2011 on his retirement.  She is proud to continue the agency in his name.

We are pleased to announce that our new office junior has been confirmed after a lengthy interview process. Welcome to Libby Cat, who has come to us from a position in Cwmbran. She will be mainly dealing with sleeping, eating and rolling about on the floor. (Out of hours mobile number available to clients on request)